We were asked to design a contemporary kitchen that made the most of the large space and lovely high windows in this Georgian style home. The challenge was balancing minimalism with exceptional practicality. With pop-out appliances, ample hidden storage and a carefully considered layout, we created a very hard-working kitchen that ticks all the owner’s lifestyle and aesthetic boxes.

This kitchen was shown in an edition of Kitchens, Bedrooms and Bathrooms magazine. Click the button below to see the full feature.

This design only works because the prep surfaces are clear of appliances – the pop-up plug unit eliminates counter clutter, while appliances such as Magi Mix, toaster and kettle are concealed in cupboards ready for instant use. Ample storage is achieved through low units built into the seats, as well as cupboards that create symmetry with the fridge-freezer sunken into the back wall.

We used acrylic for its long-lasting qualities and because its reflective character gives more depth. However we used a matt dark granite work surface to avoid too many shiny surfaces. Light grey units complement the grey slate floor.

Locating all the function in the centre, views can be enjoyed and there’s plenty of space to move around. The extractor is designed to look like a light and two single dishwasher drawers pull out individually so there’s no bending down. When seated at the island, there’s a slightly raised bar creating a divide between socialising and cooking. At the rear the island drops towards the window so we don’t restrict light, which also maintains the line of  architecture with the seats.

Read our testimonials
Request a brochure

Ready to discuss your kitchen project?

Click the button below to request a brochure or fill out a contact form and we will get back to you. Alternatively, you can call us on 01225 312003.

Ready to discuss your kitchen project?

Click the button below to request a brochure or fill out a contact form and we will get back to you. Alternatively, you can call us on 01225 312003. 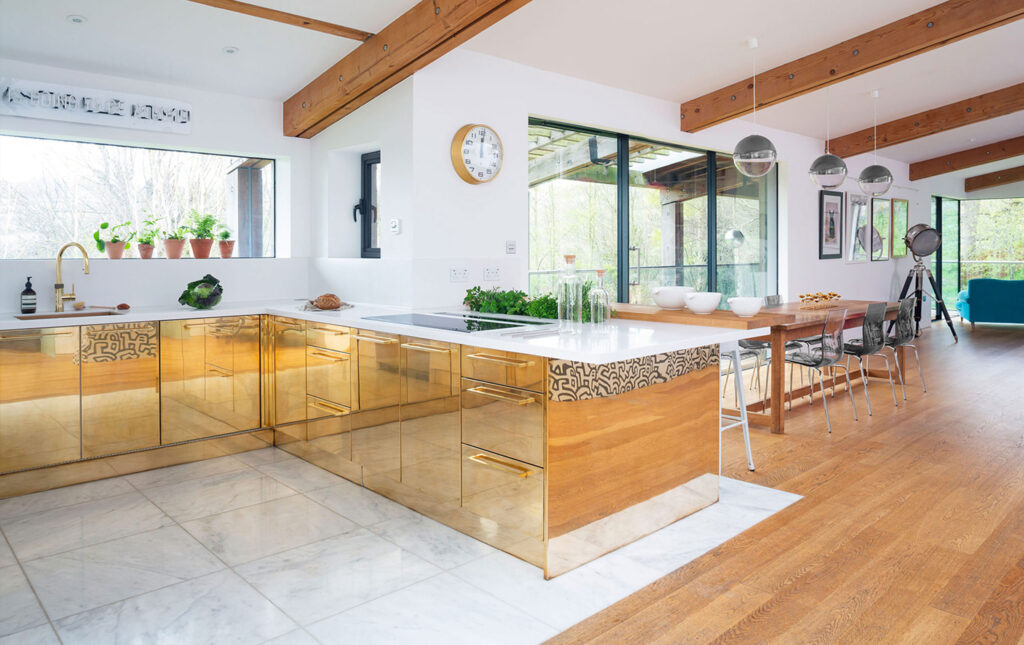 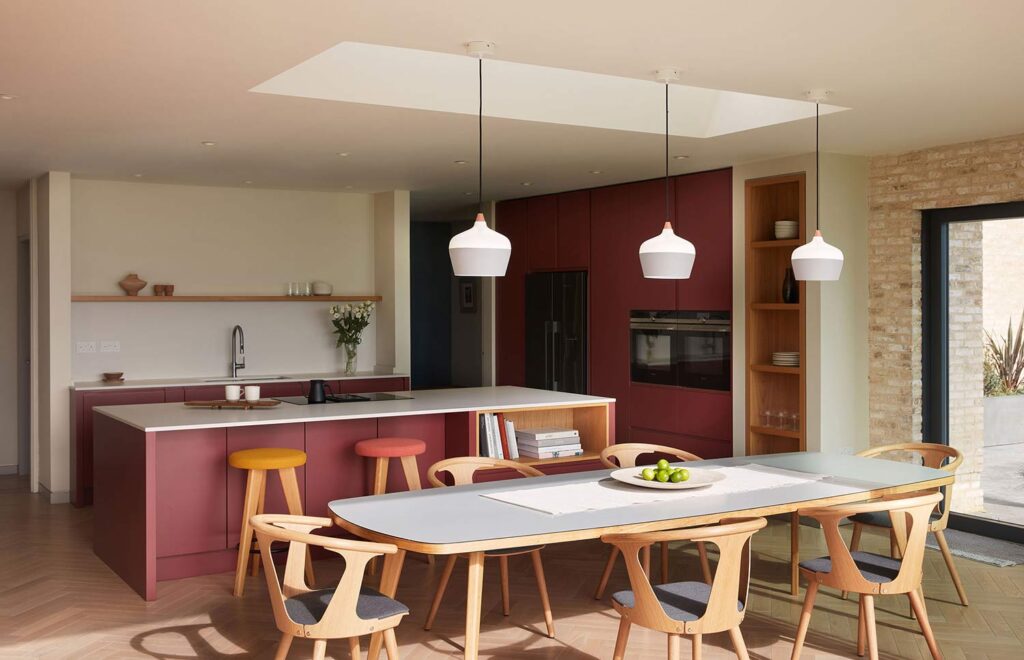 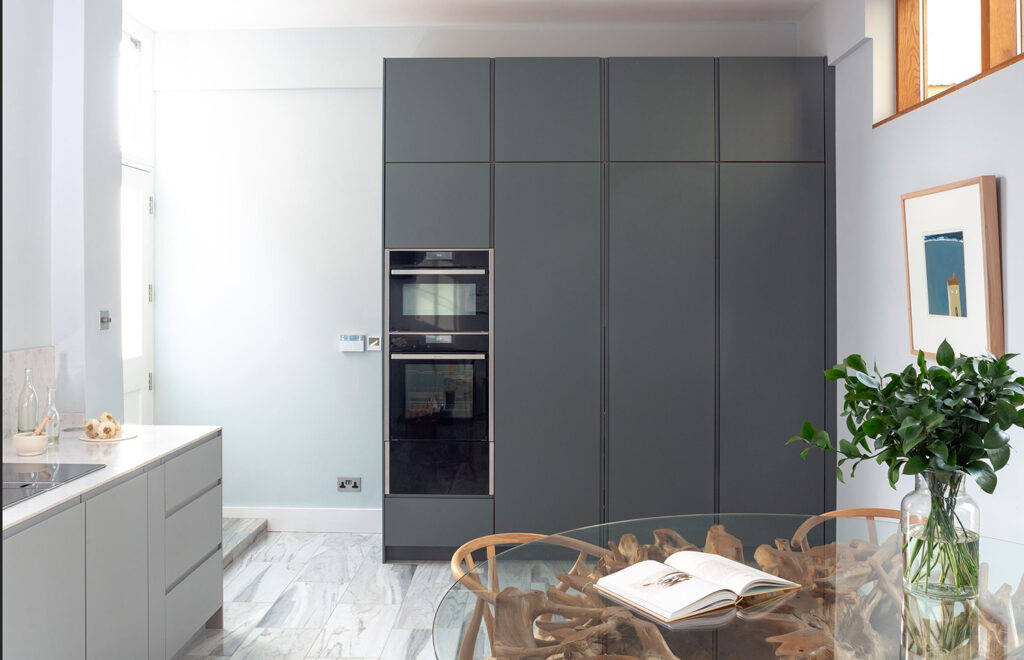 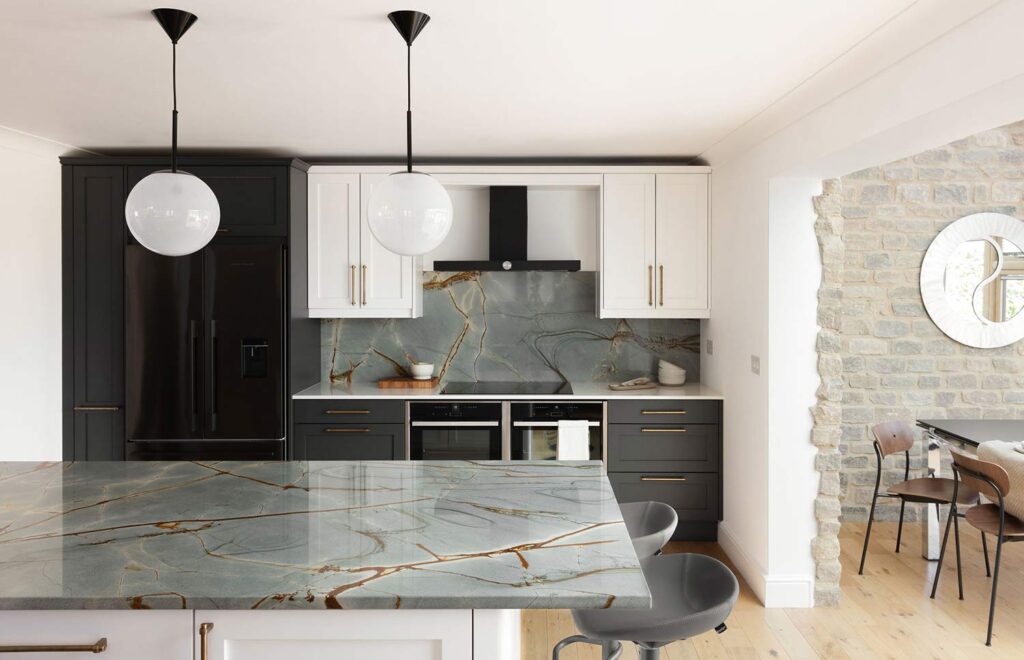